It  was a hot, humid Friday morning. Plane tickets were needed to connect to an international flight on Sunday. Cue evil laughter. Mwa-ha MWA-HAHA, MWAHAhahaha…

Day 1, Friday. (which might be a bit of a giveaway that things are about to unravel).

Our determined subject – lets call him Bill, has been requested by his ‘developing-world-frazzled’ wife (it happens) to get four plane tickets.

Easy. One phonecall.  Done. Silence…and more silence.  Then the deep, profound silence of a universe getting what it wants – entropy.

4pm tocks around. No tickets.

“No phone number” is the answer to the obvious question.

“And works finished. I’ll be back on Monday”

“Ah, fabulous. Thanks again. Have a great weekend!” An irony trifecta!

So, as they say in this part of the world, Bill made a plan – try the Accra office (lets call this one plan B).

Half a dozen phone calls to the Accra office. No answer. A few hours of elevator music later, its time for plan C. One of the drivers dutifully answers the phone.

Time for plan D. Another driver, who is clearly acutely uninterested in spending his Sunday getting concussed by the drive along the potholed road. Bill insists: “Whatever you do, don’t bring in the 3rd driver who is on break to do this.”

Then the cavalry arrives, the Accra office! Scratch D, reinstate B.

“The phones have been down. 3hee”. 3hee is Twi. It seems to mean ‘Now you understand!’ The ‘3’ is a nasal e. The word is pronounced like a motorbike going over a sand dune  – Ee-heee!,

“Yes – I’ll get you the tickets this afternoon”.  Progress at last! Go plan B!

Done. Silence…and more silence.  Then the deep, profound silence of a universe getting what it wants – entropy.

Another phone call to see what’s going on.

“I fell asleep. I must have been tired!”

“Well, rest is important! Tickets would be nice, though!” Understatement – that taught them a lesson they’ll never forget!

A pregnant pause for the trip to the ticket office gave birth to the news that there are 3 tickets on one plane and 2 on the other one. You’re not a plan, B, you’re a joke!

Good news though. “I’ve asked really nicely, and there are a bunch of cancellations expected this evening, so I’ve been promised those!” Plan B.2 is so crazy it might just work!

Time ticks on to 5:05pm. The airport office is officially shut, then “I’ve got the tickets!”

“Oh thank you! I was starting to think this wasn’t going to work!” said Bill, born yesterday.

“But I can’t pay for them – so you have to be at the airport at 7am tomorrow, otherwise the booking will be cancelled.”

“Wow, how convenient, the flights at 5pm!” Reservation confirmation texts start bleeping in. One. Two. Three….

Silence…and more silence.  Then the deep, profound silence of a universe getting what it wants – entropy.

“Where is the fourth ticket!?”

The day is over. Plan C and D are still cued and still might be required. Bill can’t believe how lucky he is  – he started the day with one plan to secure 4 tickets and now he had 2 plans to get one ticket to send one of the kids to Accra by themselves or have them driven 5 hours to the airport. Sometimes he pinches himself to make sure its not just all a dream.

Chrissie resembles a cat that’s been trapped in a steel drum. 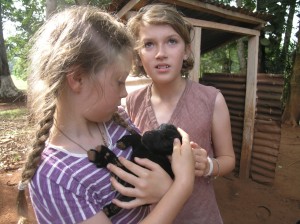 Half time. A baby mini-goat – because they are not stressful.

Up early after spending the entire night making plans instead of sleeping (sleep is overrated).

Plan D. The 3rd driver, calls in at exactly the time agreed by the 2nd driver.

“But you’re on break!” admonishes Bill.

“No! Spend time with your family”

“I was – half way up the country. I came down last night” (this poor guy was the real victim of this story) Now Bill (OK, OK, its really me) is not just frustrated, but pretty angry too.  A high energy burn cocktail. Which involves a lot of pacing and muttering.

And then… “What! One of the airlines takes VISA online! Oh, silly me!”, says Bill. “All this messing around for nothing. Oops! Sorry everyone.”

Visa to the rescue!  16000 characters of typing later and everyone is cued to go. Credit card details done and…and then some nanny-state VISA security system rejects the card.

[I have since discovered that there are 2 drop-down menus used by e-commerce;
1) One with all the countries in the world – bless you.
2) One that skips certain countries – eg Nigeria (famous scammers) and, amongst others, Ghana). Which is essentially e-commerces version of the feign death approach to outwitting predators.]

“Gosh!” said Bill (and if you believe that’s all that was said, you really don’t know me (oops, him) at all. “Can this get any freakin’ harder? I’m running out of freakin letters here!!“ Starting to feel a bit frazzled, he is considering options for plan… what are we up to, Q?

Plan B.2 gets the burial it deserves.

And then silence…and more silence.  Then the deep, profound silence of a universe getting what it wants – entropy.

“Chrissie, I’m just going to ring the airline and make sure everything is OK.”

The efficient airline guy: “Yes sir, I can see your booking, but the connection to VISA is down. The staff in Kumasi will not see that you have any tickets. You’ll have to go there before the reservation runs out in 45 minutes.”

“Splendid! Thanks!  Plan T is go! Plan T was the 60 minute drive to Kumasi. This is a good time to be bad at maths. “In the car everyone – time for the Whacky Races dash to Kumasi!”

Needless to say, Bill was a bit stressed at this point. He got to Kumasi airport and, barely able to walk from frustration and stress, and involuntary stress-related sphinctal  contractions, made it to the cashier. Chrissie at this point sort of hummed with nervous energy.

And then a funny thing happened. All the stress sort of dissolved. The airline staff deal with this kind of thing often enough for it not to be a big deal. No-one is so addicted to rules that the problem can’t be sorted. Everyone knows that things don’t always work out the 1st time. And we got our tickets. And the family got on the plane and disappeared for a great holiday. And, just a little bit humbled by how unnecessarily stressed he was by an eminently solvable problem, Bill got back in the car and headed home.

Half way home, the VISA connection came back in Accra and charged him for the tickets for a second time. Plan U involved self-harm on the dashboard of the car and, you’ll be pleased to hear, was implemented exactly to plan. 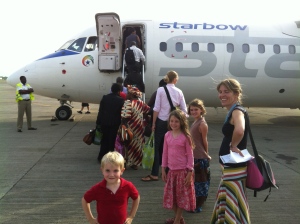 Its the booking that is the adventure – not the journey or getting there. nb. this is not the airline involved in this tale. 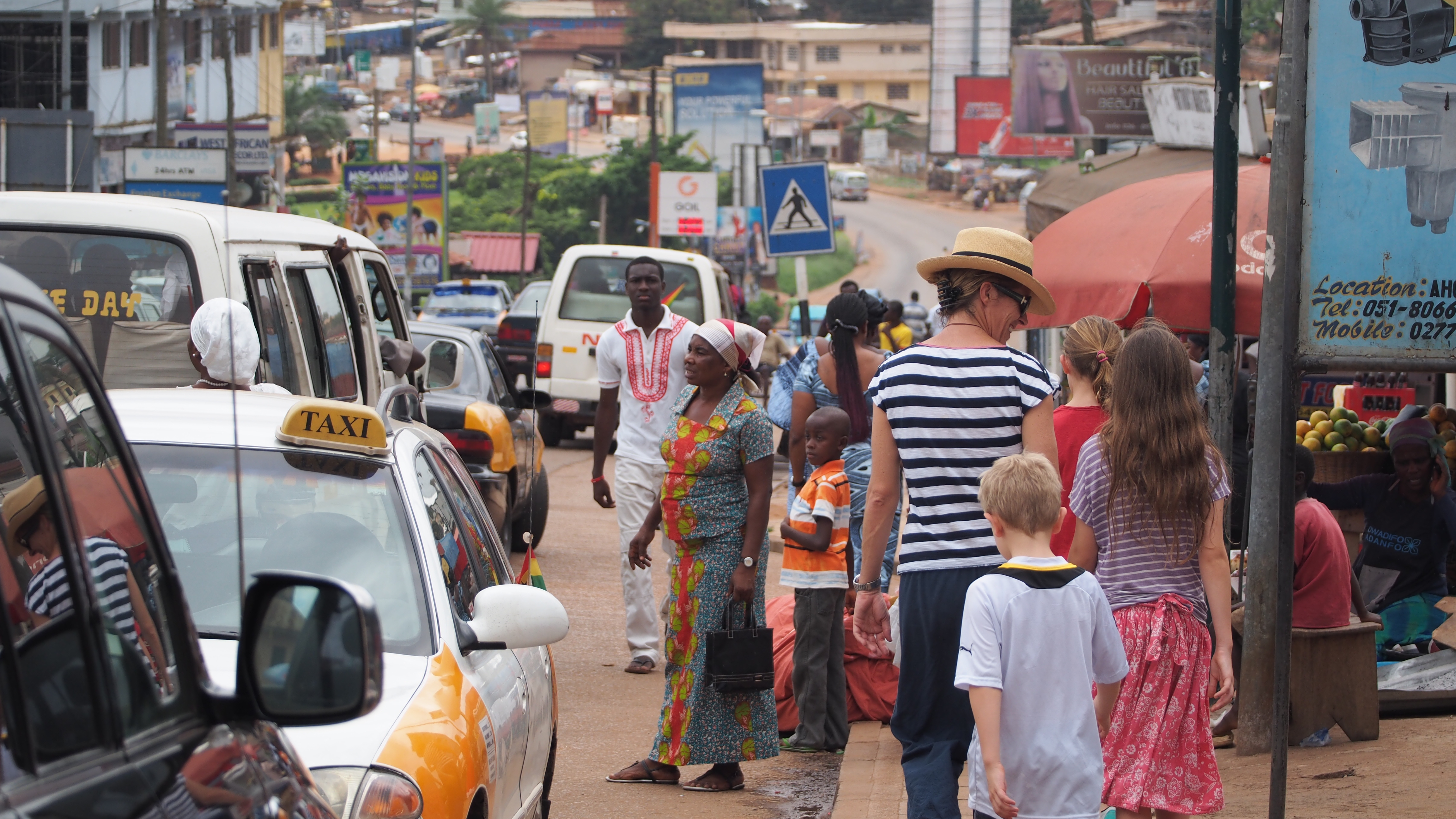 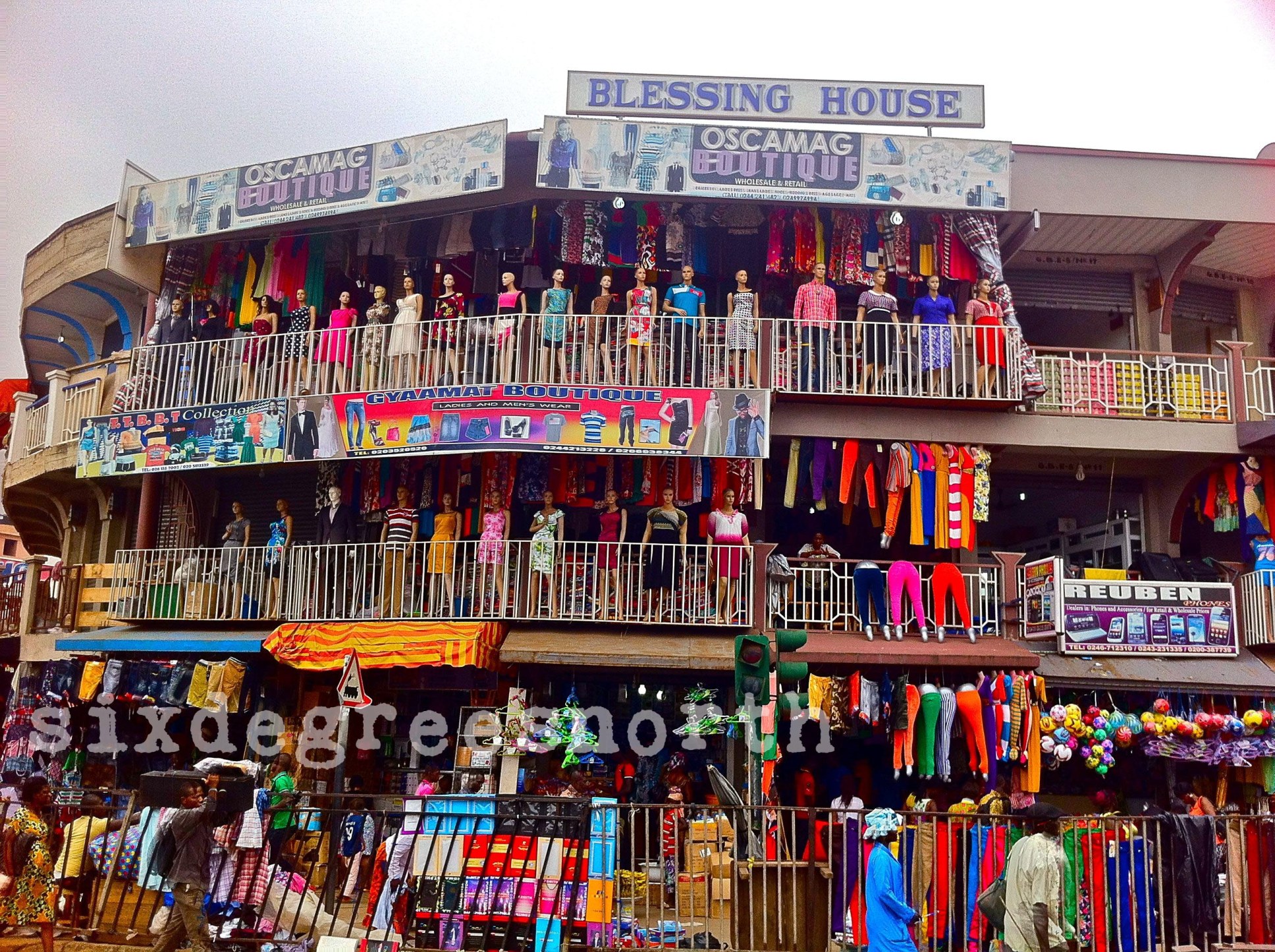 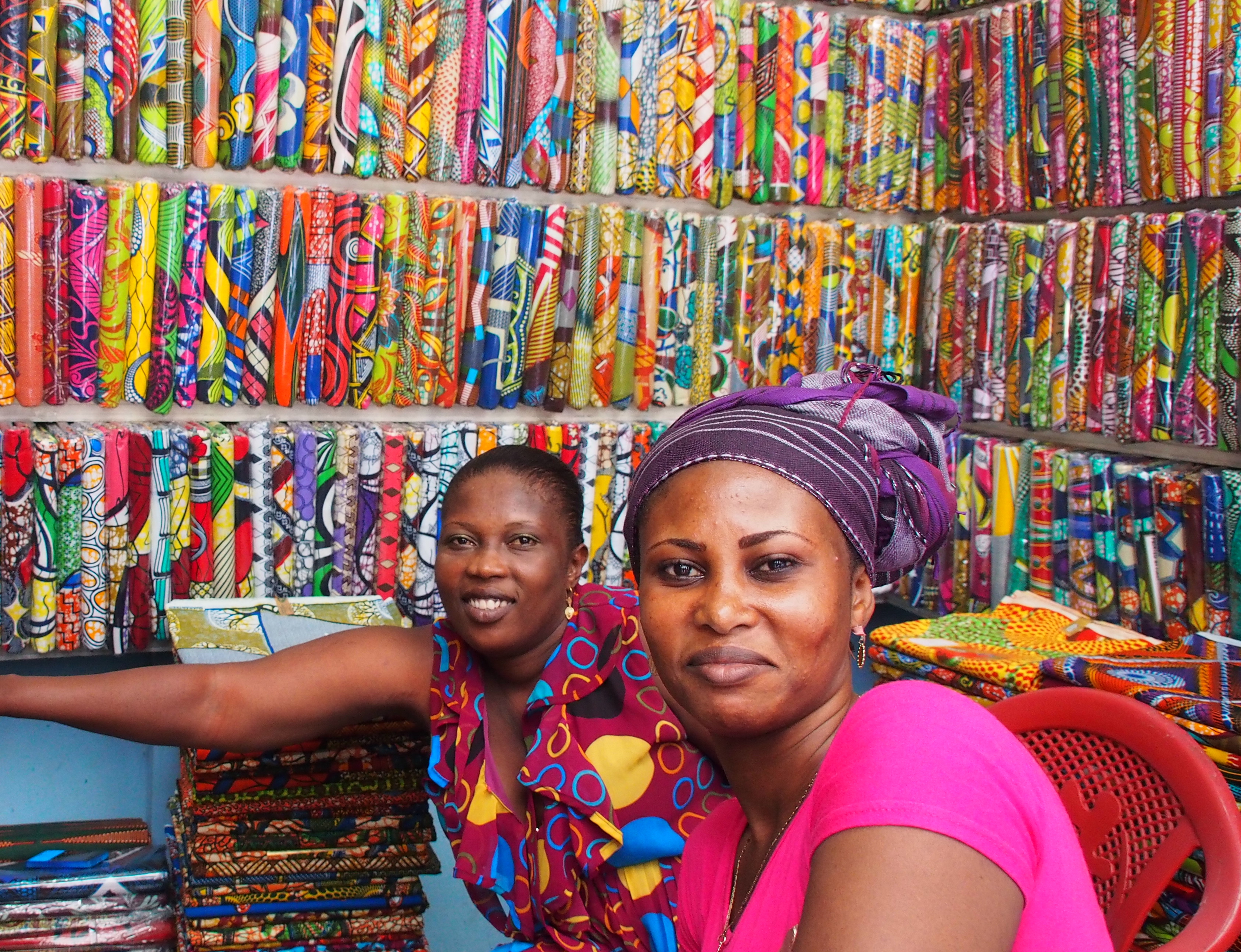